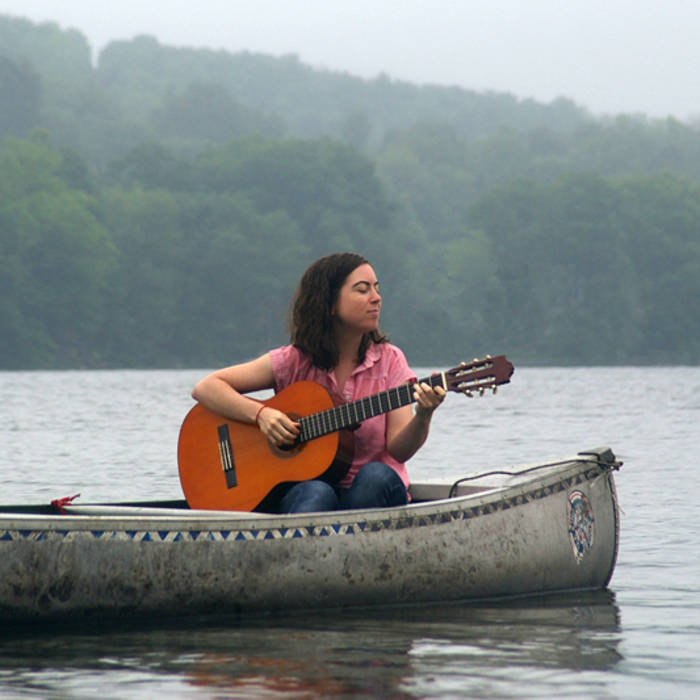 "The News: Monday-Friday" is at once a song cycle, an epic poem and a series of works on paper which grew out of a songwriting experiment.

The two parts each consist of five songs that Sara wrote in five consecutive days. Each day, from Monday through Friday, Sara collaged lyrics from words and phrases cut out of that day’s newspaper and used her background in American roots music to interpret the
corresponding melody and instrumental accompaniment. Sara carried out this rigorous exercise during a week in 2010 to create Part 1 and again in 2011 for Part 2.

Through this process, a modern American folk tale emerged. A community, uprooted from their homeland by a natural disaster, is forced to migrate into the unknown and adapt to their new surroundings. A kaleidescope of characters parade by: a mysterious
religious leader, a haughty politician, a mourning mother, a stranger with bright ideas… It remains up to the listener/viewer to weave the
pieces together, but an underlying concern emerges: how can we maintain a permanent home when the waters keep rising?

Sara debuted "The News" on March 2, 2012 at Open Source Gallery in South Slope, Brooklyn with a performance of the songs on guitar, mandolin and autoharp and an exhibition of the mixed media works on paper.

The works on paper are transcriptions of the songs – a songbook drafted from household materials. Collages of the lyrics are presented alongside Sara’s alternative system of musical notation, reminiscent of weather graphs and player piano punch cards, which she devised to emphasize visual patterns in the melodic line.

"The News: Monday-Friday" was conceived during Sara's time as an artist-in-residence at chaNorth in Pine Plains, NY, in 2010 and 2011.