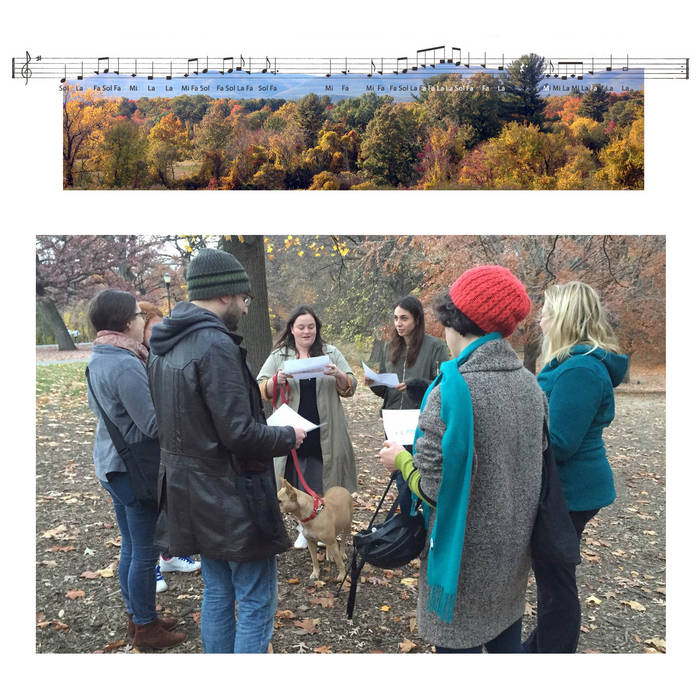 This melody was derived from the shape of the Catskill mountains as observed from Clermont, NY. A musical staff and timeline grid were overlayed over the mountains' silhouette. Points were plotted which became the heads of musical notes.

The melody is written using shape notes, a musical notation which originated in New England in the early 1800s as a teaching method and which has become closely associated with the tradition of Southern congregational singing known as Sacred Harp.

Catskills Songline is a participatory performance. This recording is from a performance in Prospect Park on November 19, 2016. Participants were gathered informally to sing the melody, aided by “hymn sheets”. Instead of lyrics, the group sang solfège syllables (fa, sol, la, etc.), a common practice in shape note singing. The recording captures the spontaneity of the event. The experience of singing communally lent a joyful and spiritual element to the performance, evoking a hymn to the landscape.